You are here: Home / Uncategorized / Treats for Halloween
6 shares 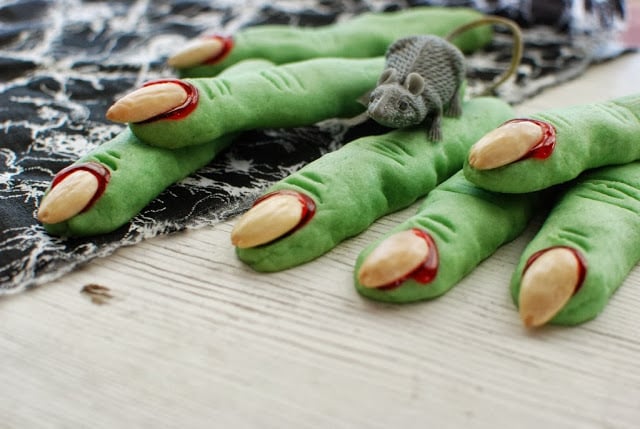 Do you have a favorite Halloween story?  I do.

Many years ago when my children were young we decided to put a scary dummy out on our front porch a week before Halloween.  We used some old overalls and a flannel shirt.  We stuffed the arms and legs with newspaper then put a really disgusting mask that my husband had made over a ball covered with muslin.  The kids and their friends had a fun time sitting on the lap of the dummy and poking the dummy.  On Halloween night I decided to get into the dummy costume.  My husband helped stuff me full of newspaper and placed the mask on me.  I sat out on the bench just like the dummy. The neighbor kids became accustom to the dummy on the porch and new it wasn’t real.  Little did they know I was inside.  As they came to ring our door bell I would stand up or just move a bit.  One of they neighbor boys was about 7 years old.  When I moved, he was so scared that he ran home screaming and wouldn’t go out trick or treating for about 3 years. His mother hated me.

BEST NIGHT OF MY LIFE!!

I thought I would share two of my children’s favorite treats when they were growing up, which seems like yesterday…good times…good times.

I realize these Creepy Witch fingers look pretty gross, but they actually taste fabulous.  Boys love gross things.  If you have boys, they will love licking the blooding finger nails.  Ewww. 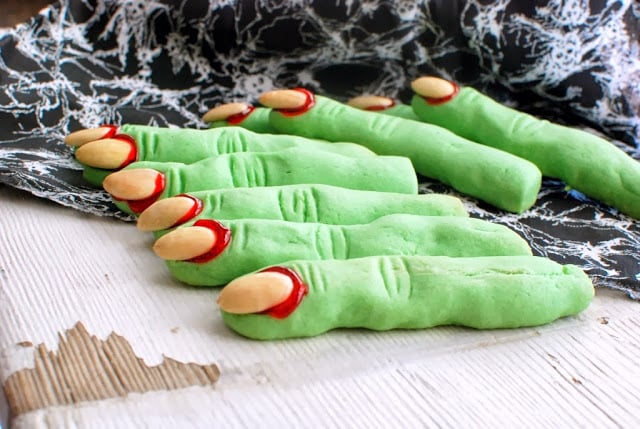 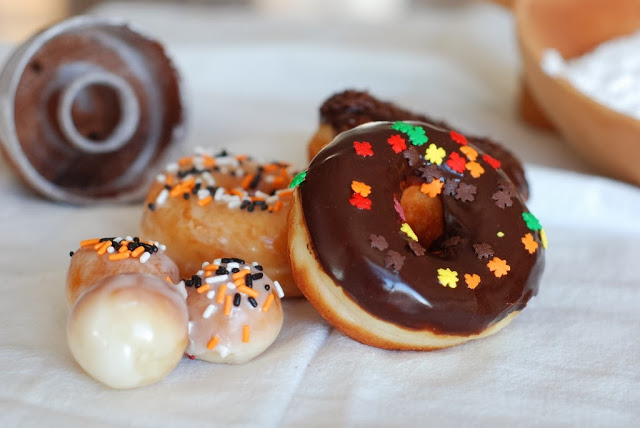 Another tradition we had was making homemade Spudnuts.  I would make close to 100 donuts and we would take them around to our neighbors.  Hot Spudnuts are the best and a fun family tradition.

Cherish the moments of little ones running around hyped up on sugar.  This year my grand kids are living in Denver.  I have a daughter in Rexburg, ID and a son in Seattle.  Who is going to carve the pumpkins?

These happy days are gone…or are they?  I think I’ll pull out the dummy again.  Hee hee