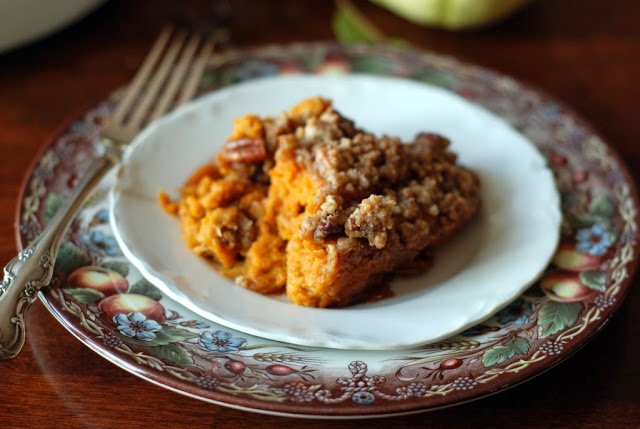 My all time favorite Thanksgiving side dish is Southern Yams.  The recipe was first given to me by my friend who is a true southern belle.  She is “the” Georgia Peach.  I thank her everyday for introducing me to this recipe.  It’s actually more like a dessert than I side dish.  I love to eat it along side my turkey and stuffing.

One year my daughter was assigned to make the yams for Thanksgiving.  She made a few alterations to make it just  bit more healthy.  She omitted 1 cup of the sugar and added coconut oil in place of the butter. Her yams were the best thing on the table that year.  We have made the substitution every since then.

Either way they are made they’re divine. 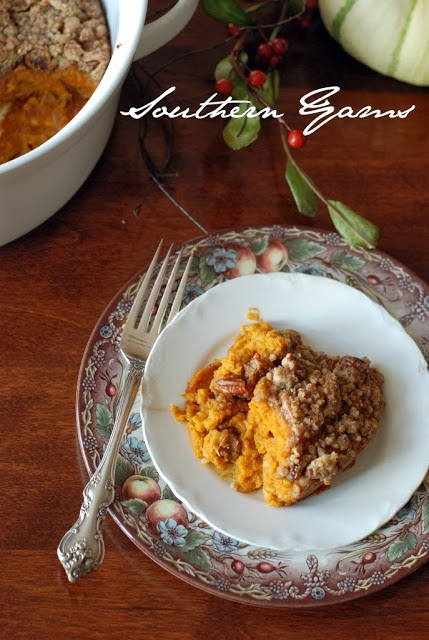 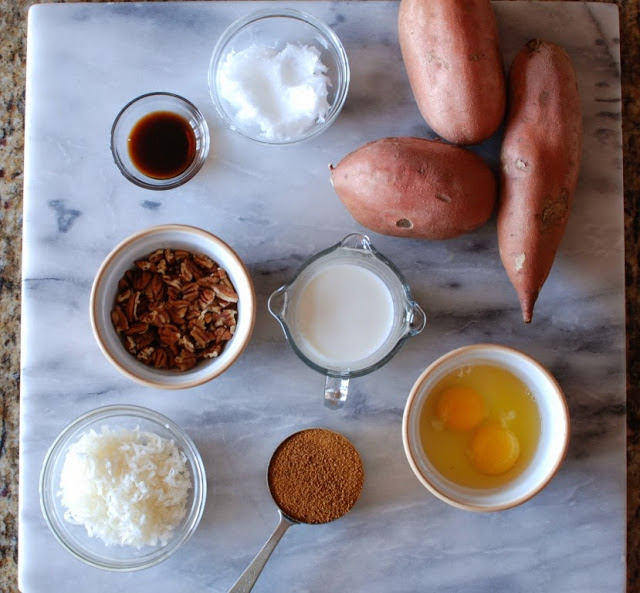 This is a very simple recipe. This is our revision.  You will need: 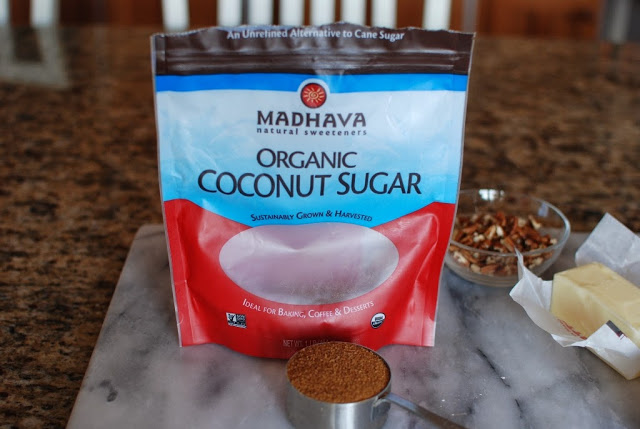 This is the brand of coconut sugar that I use.  I love it on Oatmeal and yogurt. 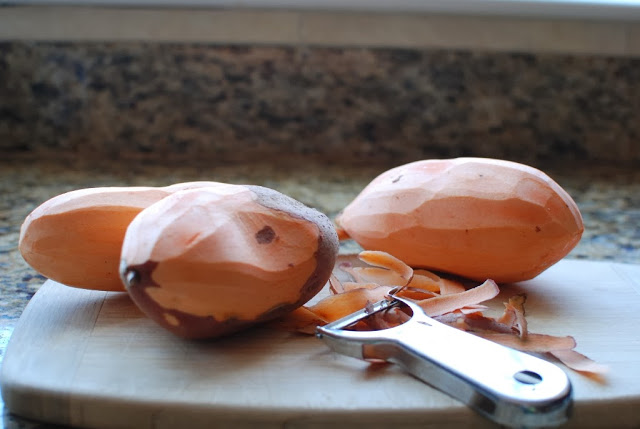 I’m peeling three large yams, which ends up being 4 cups once mashed. 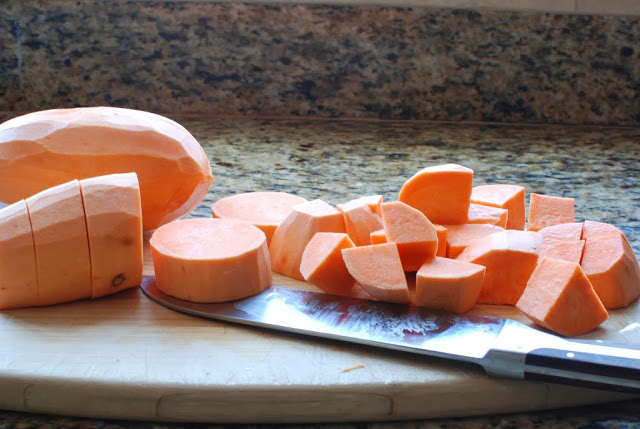 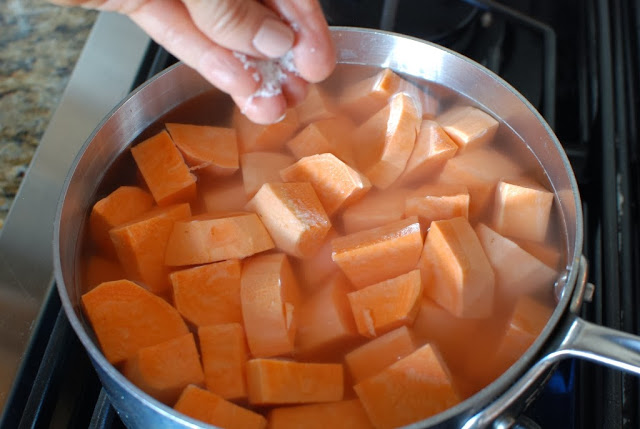 Cover with water and add a pinch or two of salt.   Place on medium-high heat and simmer until the yams are soft. 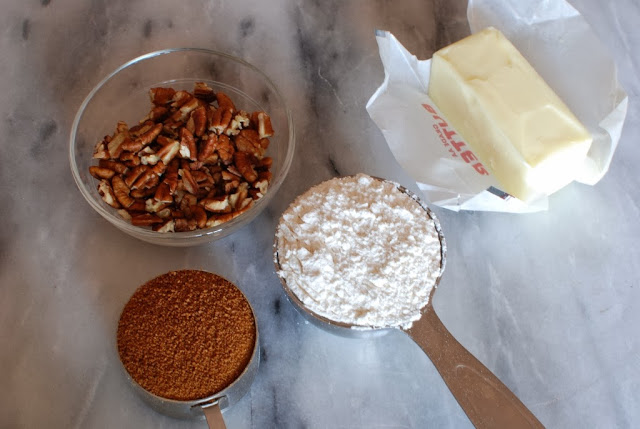 Meanwhile, make the topping. You will need: 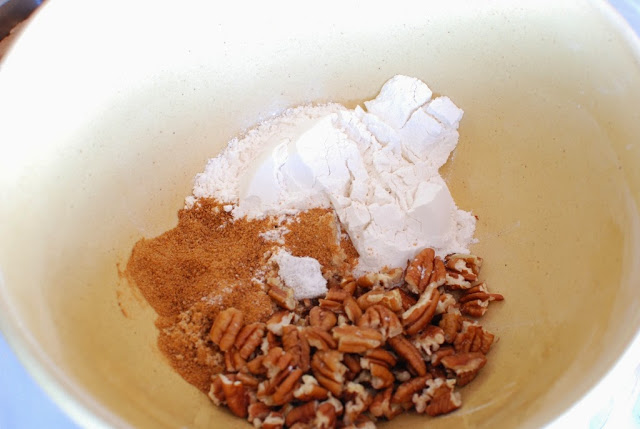 In a small bowl combine the flour, coconut sugar and pecans. 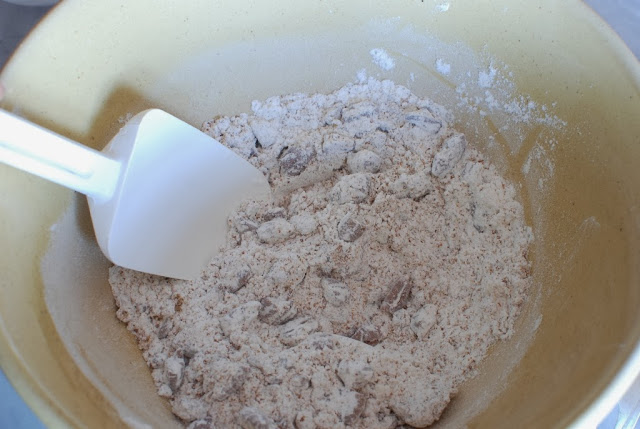 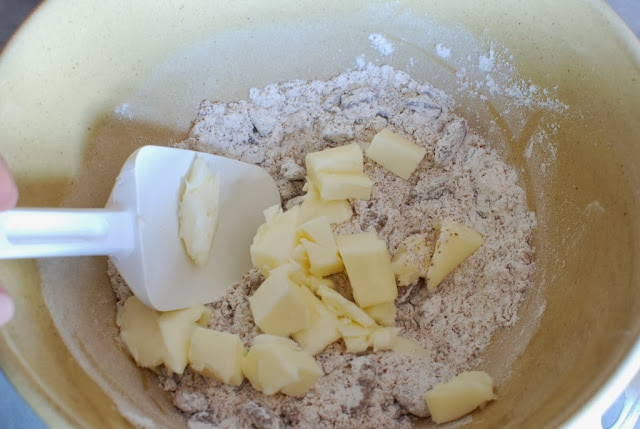 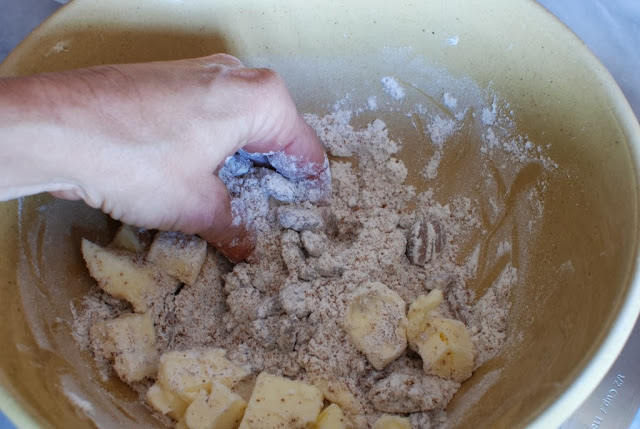 Rub the mixture with your fingers to incorporate the butter. 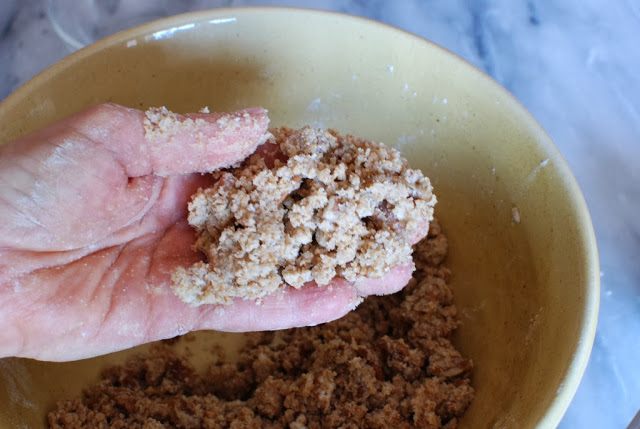 The mixture hold together when pressed.  Set aside. 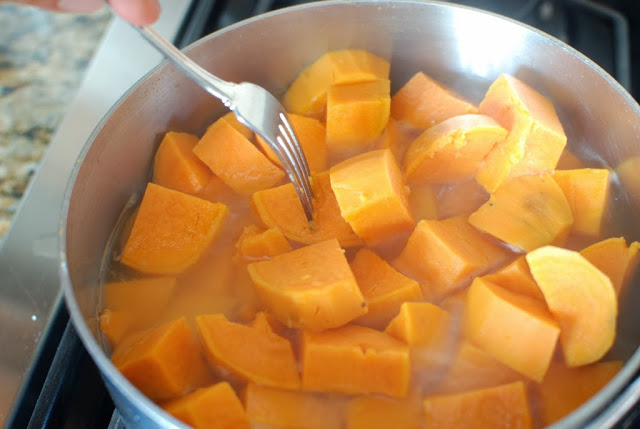 Poke the yams with a fork to test.  If they are soft and tender, remove from the heat. 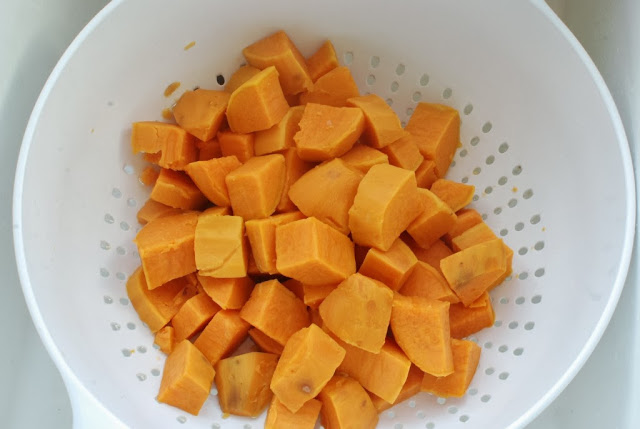 Drain off the water. 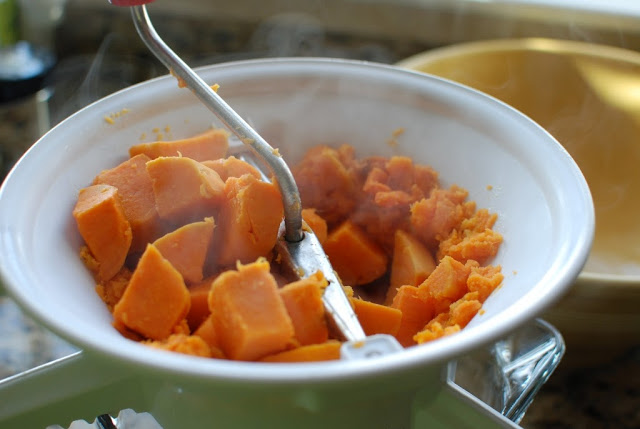 Mash the yams.  I’m using a food mill.  You can use a potato masher, ricer, or food mill. 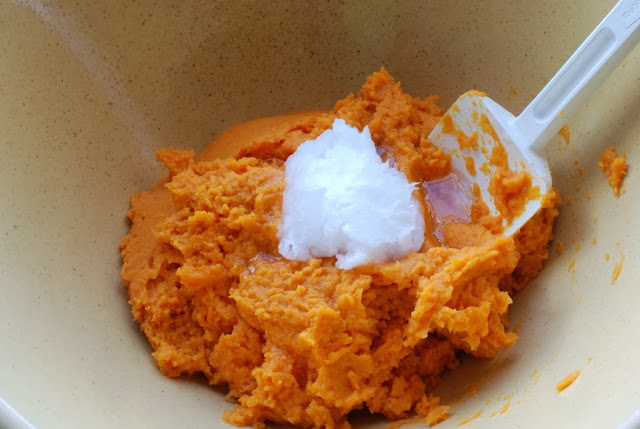 While the yams are hot add the coconut oil.  In Utah my coconut oil is solid most of the year.  I think it’s only been in a liquid state during August. 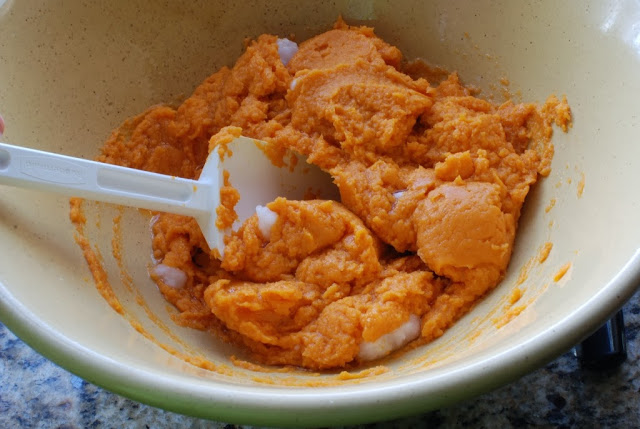 Stir together until the coconut oil has melted. 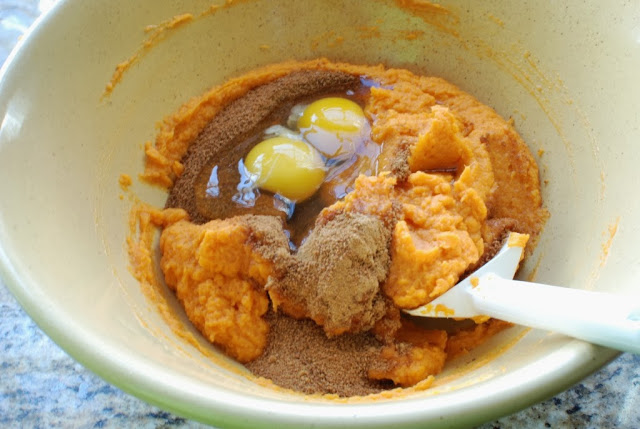 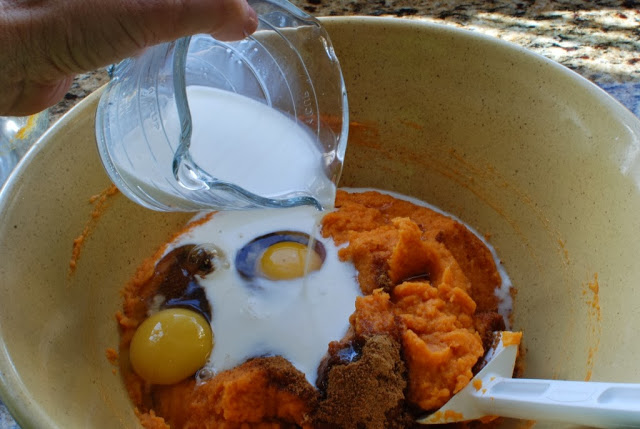 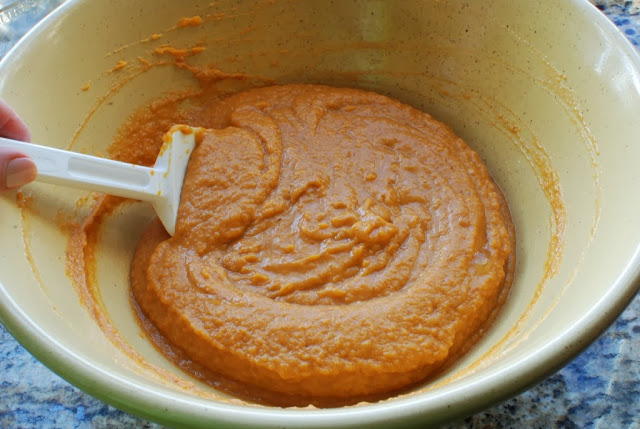 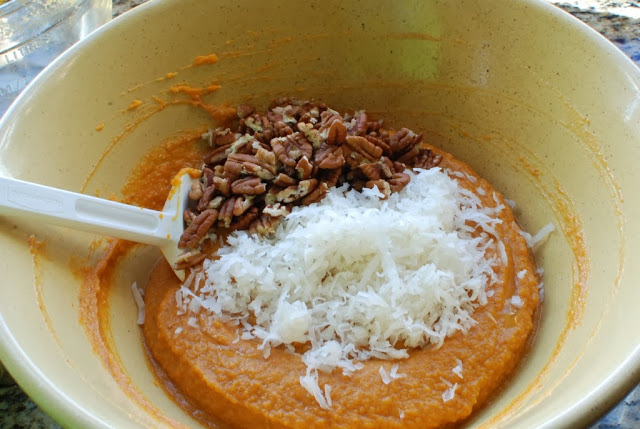 I’m sure you have notice the lack of raisins in my photo.  I WAS OUT!  I’m never out of raisins.  I did’t want to interrupt this post to go to the store. 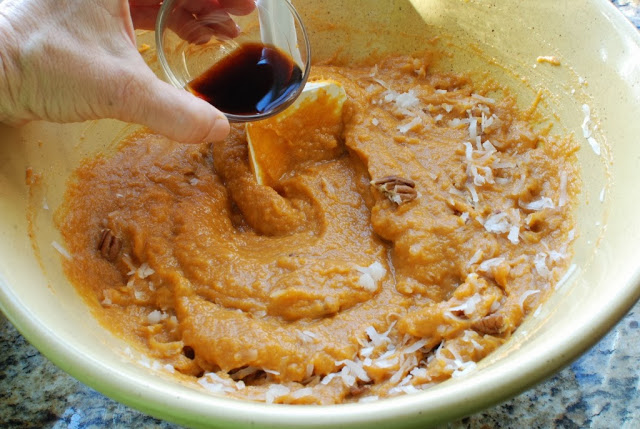 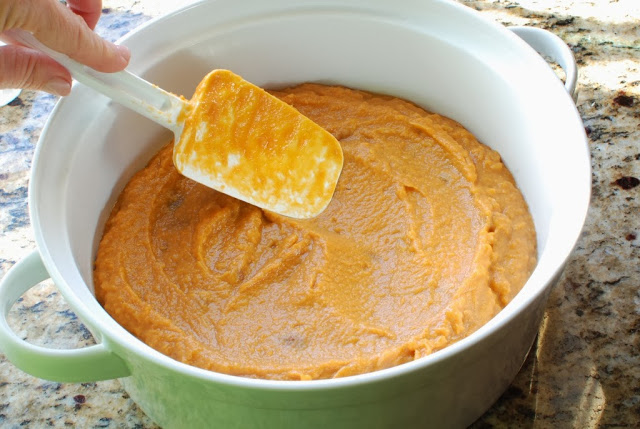 Pour into a casserole dish. 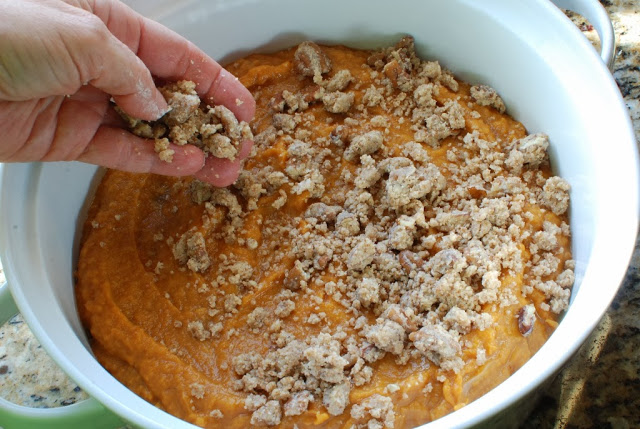 Sprinkle with the topping. 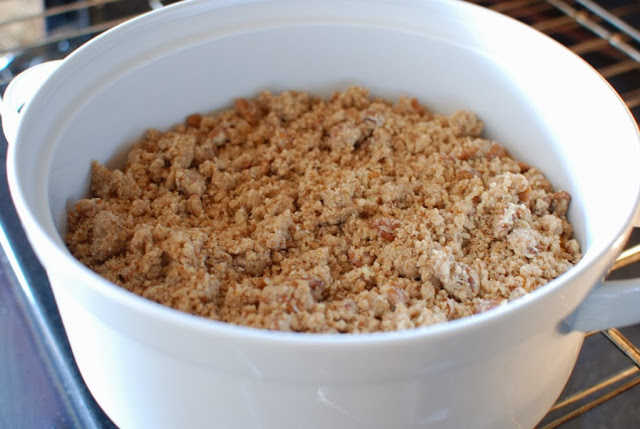 NOTE:  There have been times on Thanksgiving day when my yams have to share the oven with something else that requires a lower temperature.  I just lower the oven to 350F and cook the yams a bit longer. Works great. 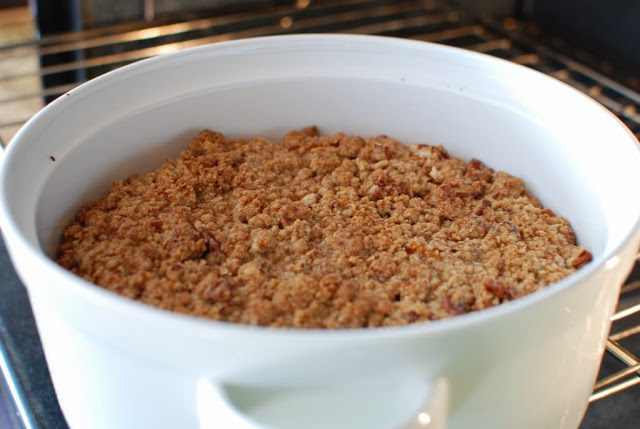 Remove from oven when slightly golden on top and the yams will be slightly puffed up. 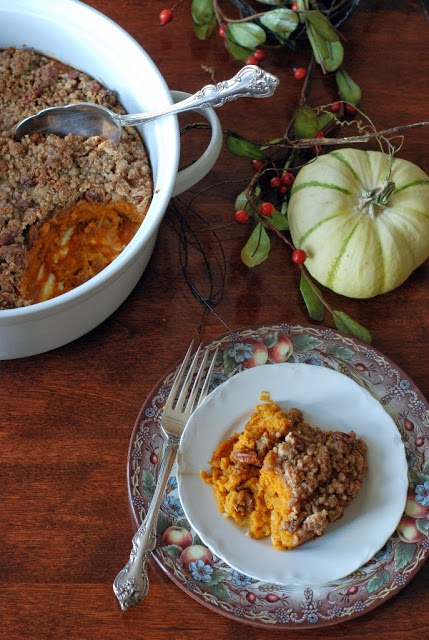 My kids used to hate yams until my friend brought this to a dinner we invited her to.  Bless her heart. 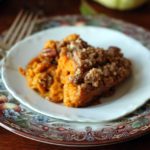 You can make these delicious yams and not feel TOO guilty because I've reduced the sugar and oils some.

END_OF_DOCUMENT_TOKEN_TO_BE_REPLACED

Crispy on the outside, soft and tender on the insi

I have always been afraid of making sorbet because

This is one BEETiful PEACHy wrap. Beets and peach

Happy Father’s Day to all you great dads out the

Happy Spring🌷 Here are some of my favorite Spri

Fluffy white chocolate icing is a silky smooth, me