Spiced apple sour cream pie is a creamy version of a traditional apple pie.  Laced with traditional spices of cinnamon, nutmeg, cloves, and a bit of cardamom.

I have to admit I used more than “a bit” of cardamom because I love the combination with apples.  My father says that he loves two kinds of pie…hot and cold apple.  I hope the spiced apple sour cream pie twist on his traditional pie will meet his expectations. 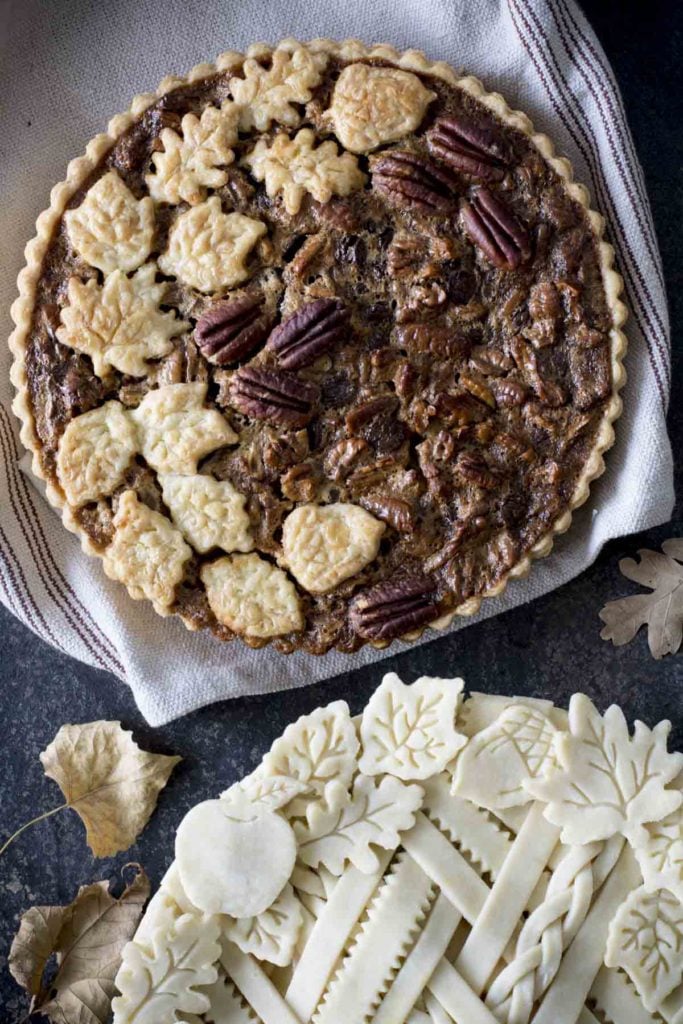 I have been “wowed” by the many decorative pies popping up on Instagram.  This is my first attempt to up my pie game this season.  If you are a decorative novice like me, you have to ask yourself this question, “How long do I want to spend on one pie?”  If you have a few hours to spare, then this is a fun/stressful way to spend it.  I’m sure you’re wondering why I haven’t posted step-by-step photos and instructions?  Well…after two hours of working on this pie, I couldn’t bear to take it apart for the additional pics.  Perhaps someday I will become a pro and I will have better advice to give you.  For now, this is what I have learned:

Spiced Apple Sour Cream Pie is a variation of the Sour Cream Apple Pie I posted years ago.  You can go to the link to find step-by-step photos and instructions.

Spiced apple sour cream pie is a creamy version of a traditional apple pie. Laced with traditional spices of cinnamon, nutmeg, cloves, and a bit a cardamom.