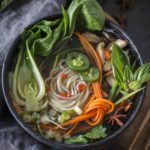 Nothing!  And I mean nothing, makes me feel better when I’m hit with a cold or flu than a huge bowl of brothy Pho.  The best Pho I have ever had was in Seattle while visiting my son and daughter-in-law.  It was loaded with veggies.  No beef.  No tofu.  Just a ton of veggies.  It was so perfect.  It inspired me to make a simple vegetable Pho. 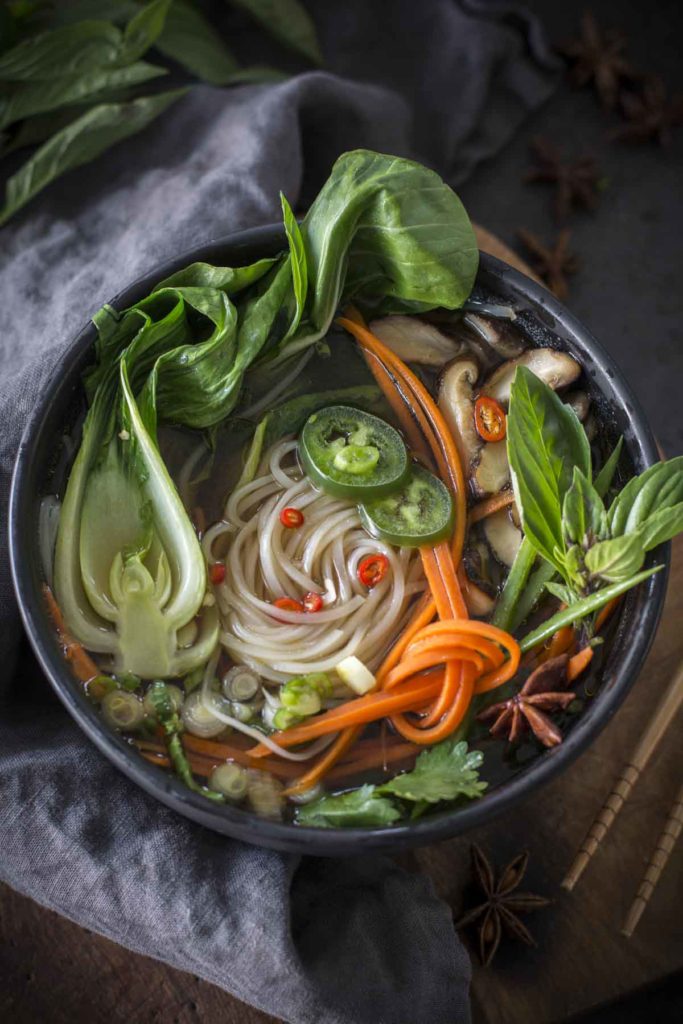 Just before Christmas I came down with major sinus issues.  Long story.  Short version is I felt like my face was going to explode from all the pressure.  While one son took me to the emergency room, my other son was picking up a large take-out order of Pho.  I came home to the perfect hot and spicy remedy and a beautiful orchid plant (thanks Tiff) and a disgusting hospital bill.  Ugh…not going there.

Brothy soups are perfect for winter illness.  They are brothy, warming, and restore the body with needed fluids and sodium.  Pho is the perfect remedy. 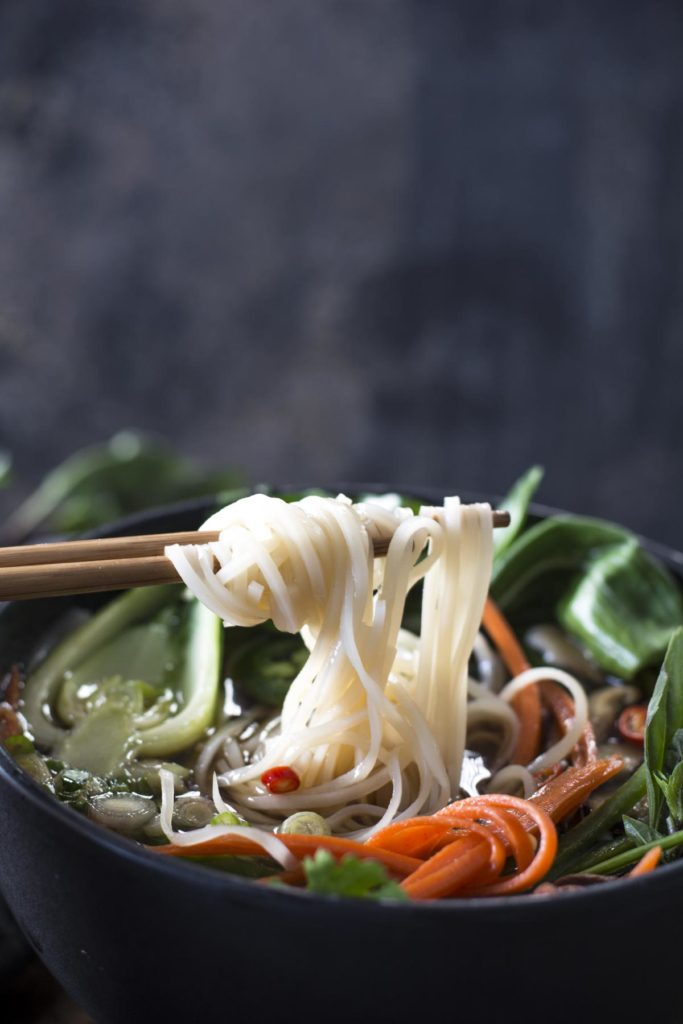 The best find in my local Asian market was a bag for fresh Pho noodles.  These are amazing and means that this simple vegetable Pho is ladled into your bowl in no time 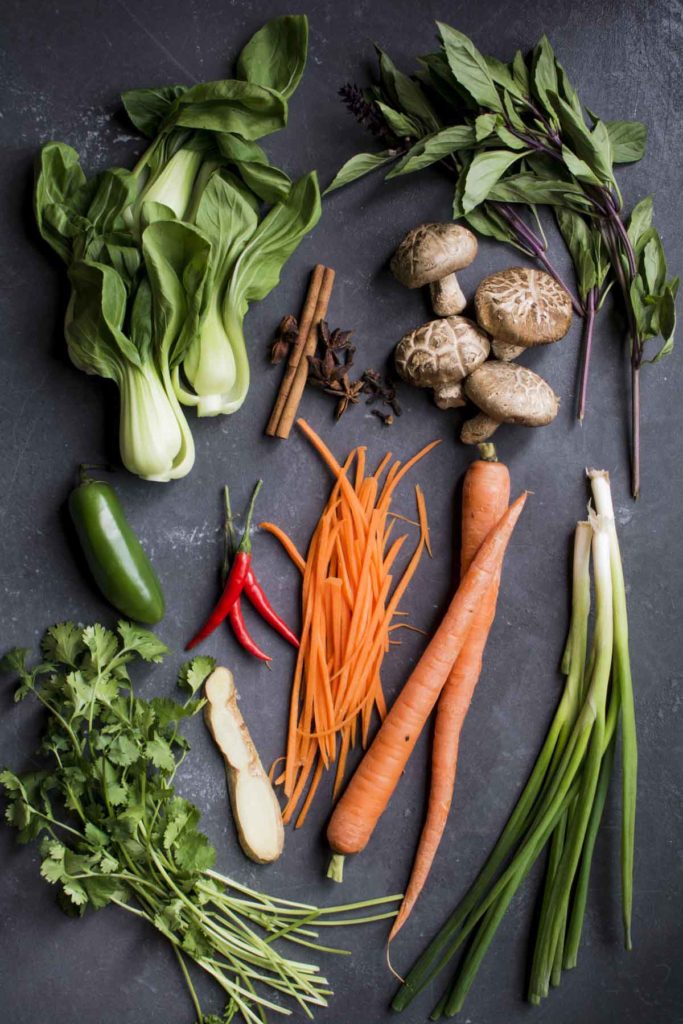 You can pretty much custom design your own bowl with your favorite veggies. 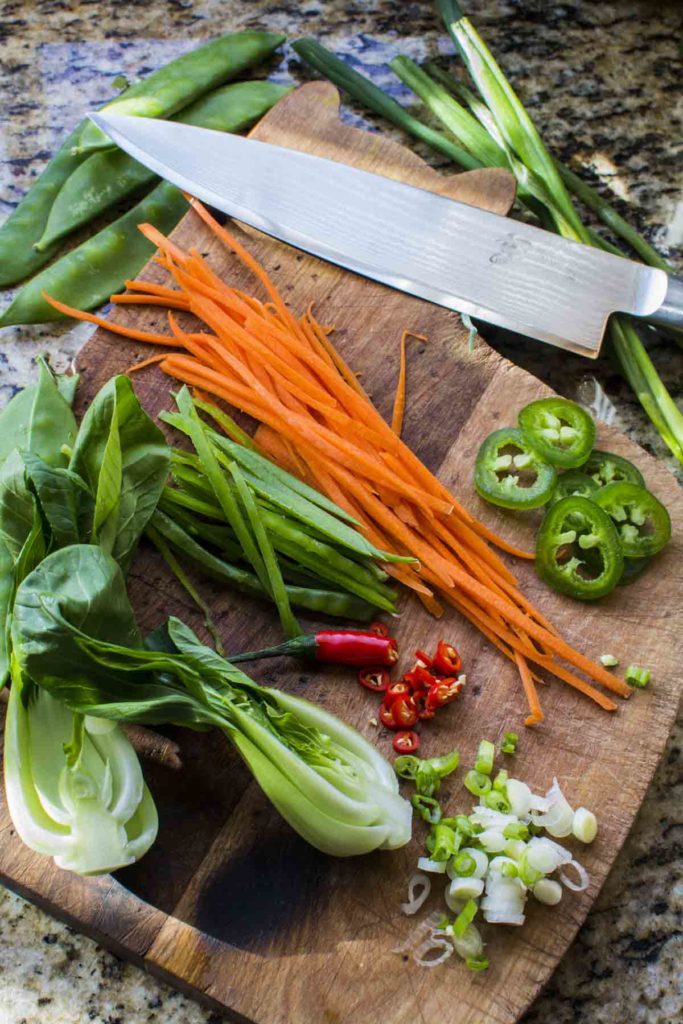 I like to julienne my carrots, and snow peas so the hot broth can quickly cook them just until tender, crisp.  Slice the baby bok choy in half.  Prep all topping by slicing a jalapeno and a red thai chili pepper, cilantro, thai basil, etc. 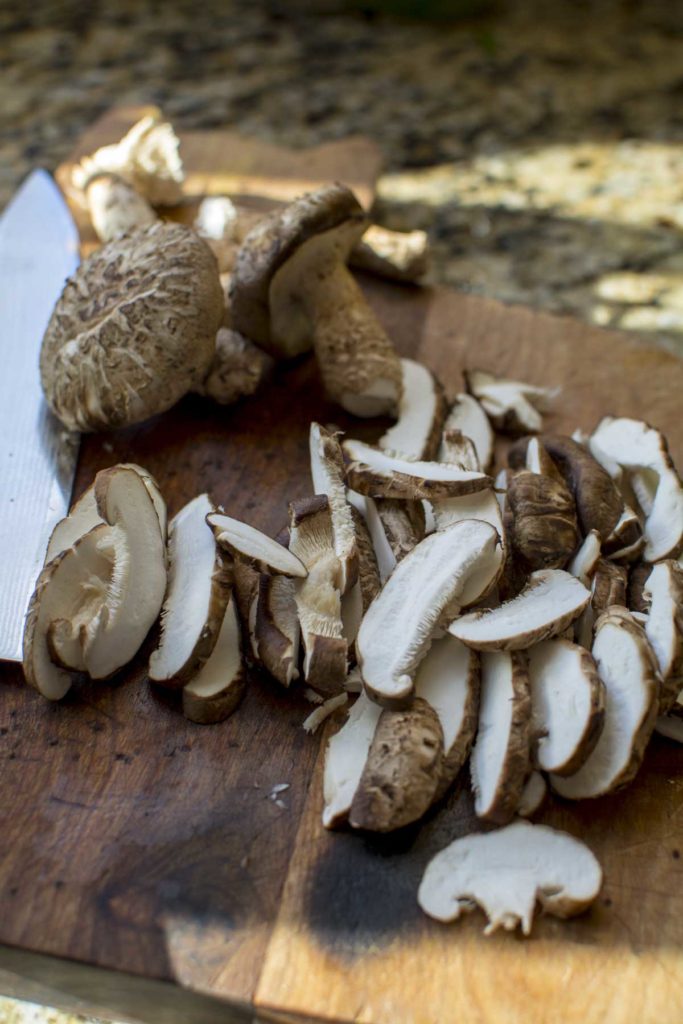 Slice 5-6 large shitake mushrooms.  Remove the stems and save them for making vegetable stock. 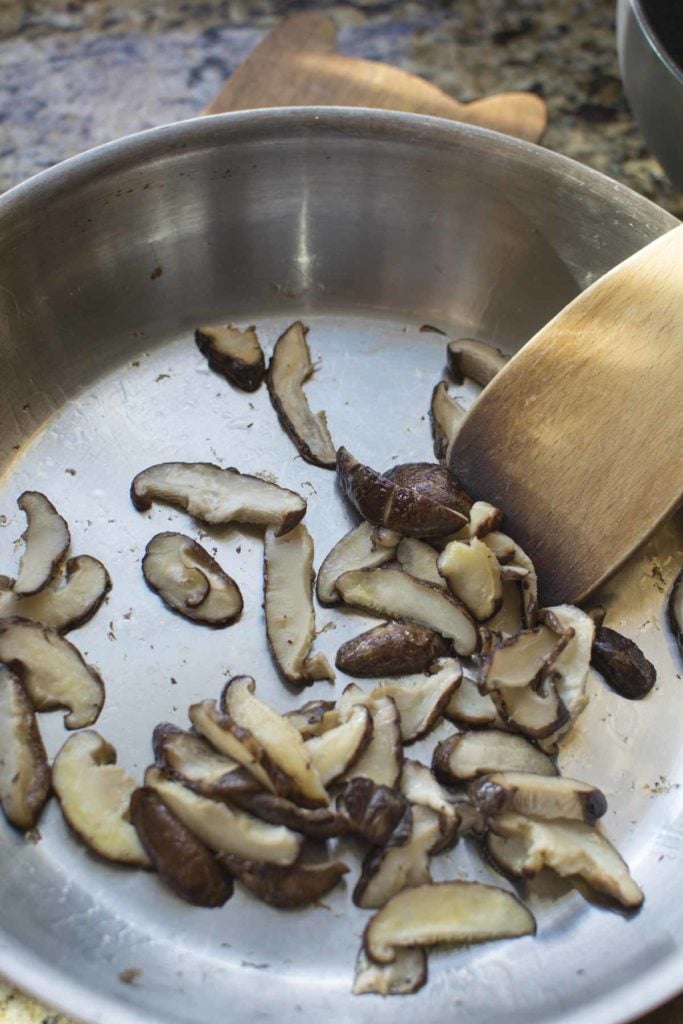 Add 1 tablespoon coconut oil to a skillet and saute sliced mushrooms, just until beginning to caramelize.  Set aside. 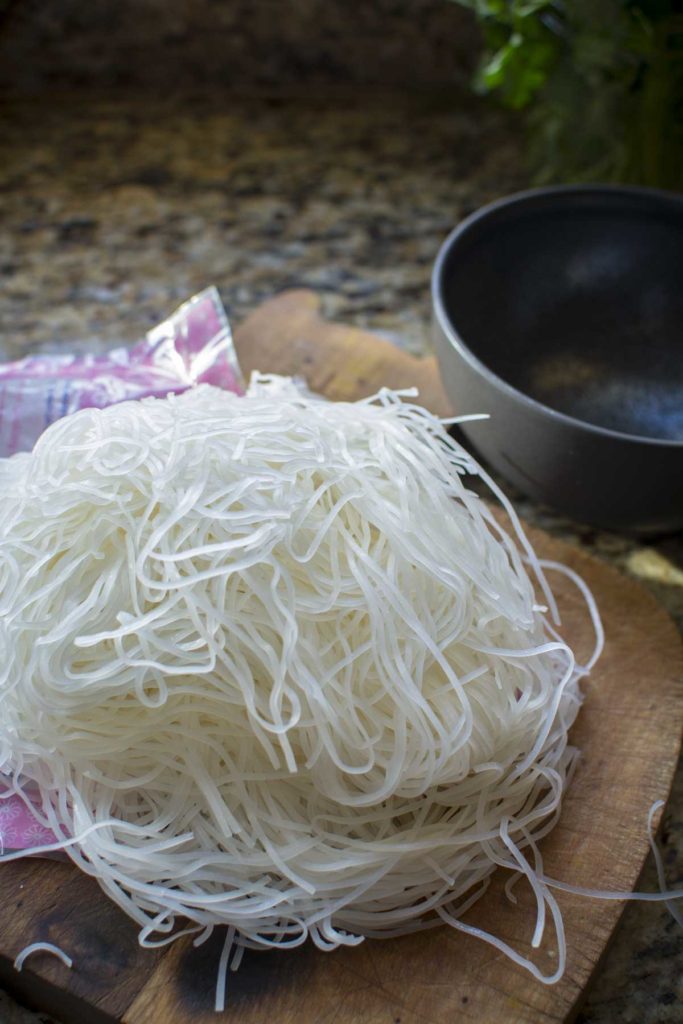 Take a look at this huge pile of rice noodles.  This is about 8 ounces.  It looks like a ton, but they really cook down. 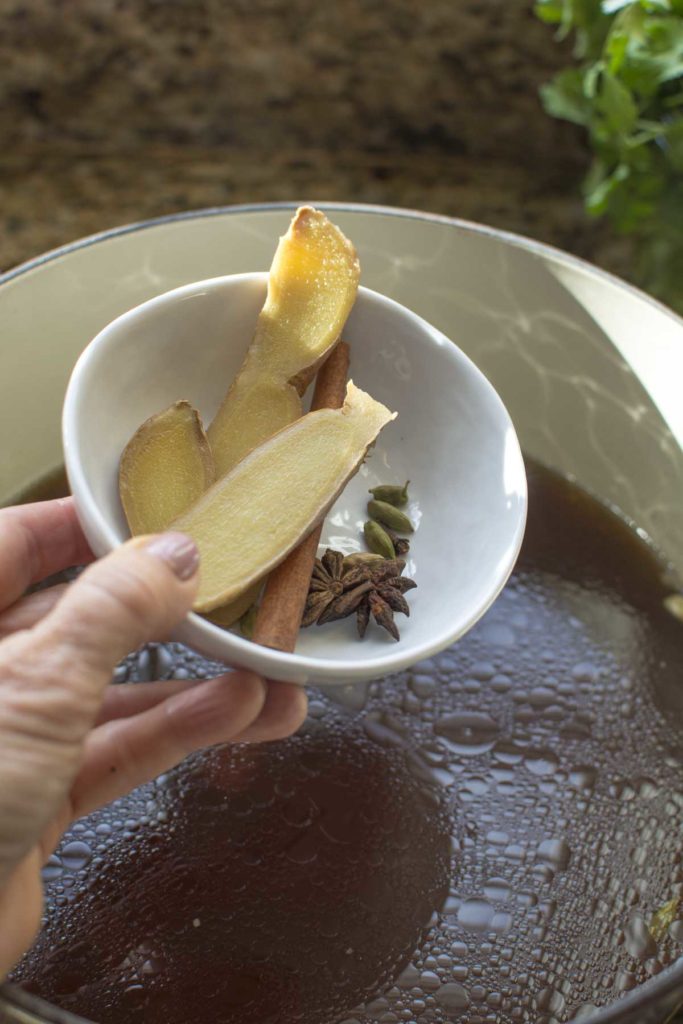 Pour vegetable broth into a large pot.  Add sliced ginger, cinnamon stick, star anise, cardamom pods and whole cloves.  Bring to a simmer and cook for about 15 minutes.  Cover pot and let steep for another 15 minutes or so.  Taste the broth, if more seasoning is needed add 1-3 teaspoons of Tamari or soy sauce.  To add a depth of rich flavor, I like to use healing bone broth.  It’s a great option. 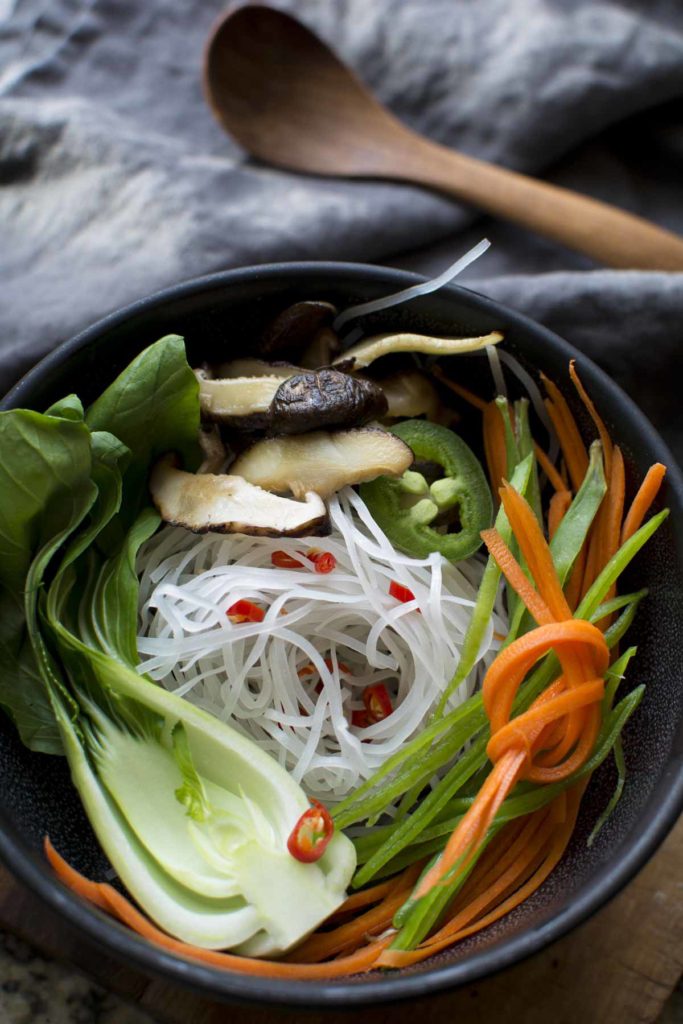 Here’s the fun part.  Add your prepped veggies into a large, deep bowl. 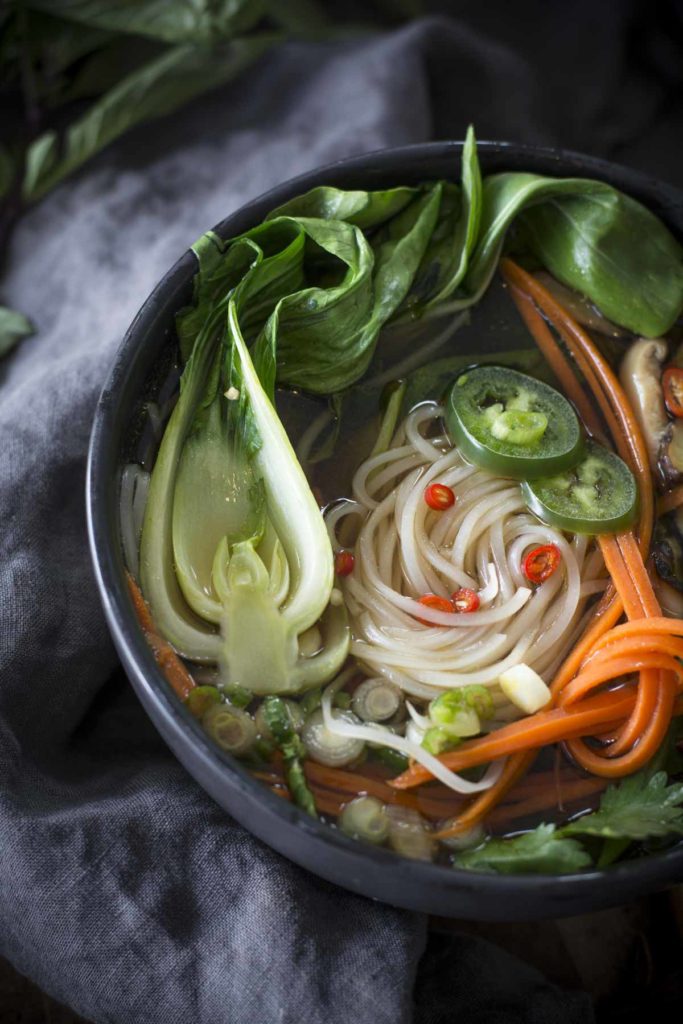 Pour hot, steaming broth over the top and let stand for 5-10 minutes.  By the time the hot broth is cool enough to eat, the veggies are tender crisp and perfect for eating.  The rice noodles will be perfectly cooked as well. 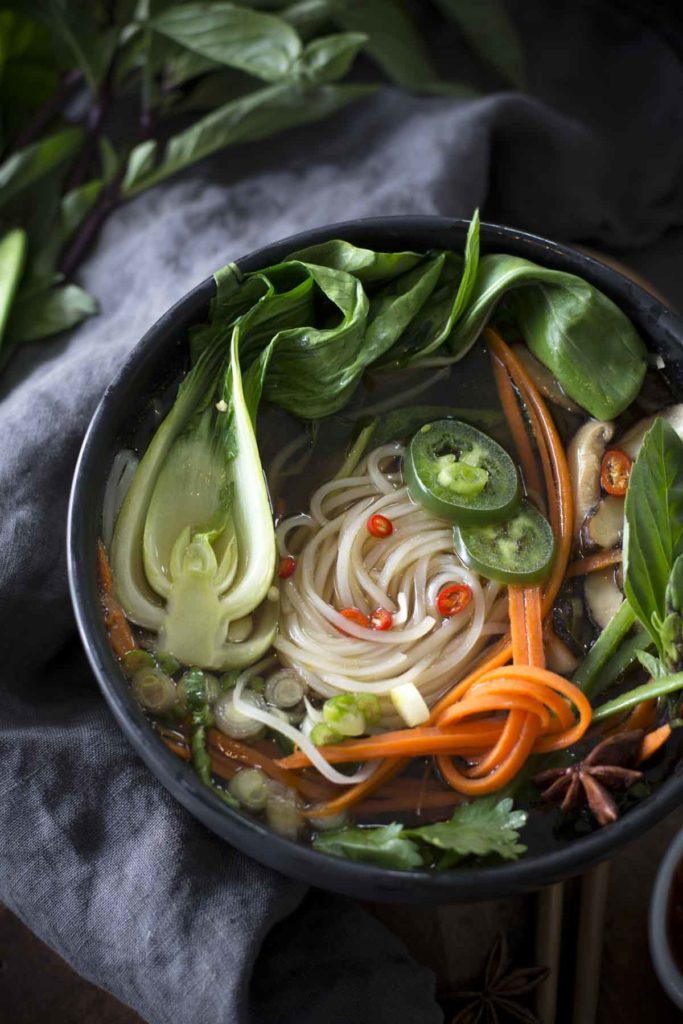 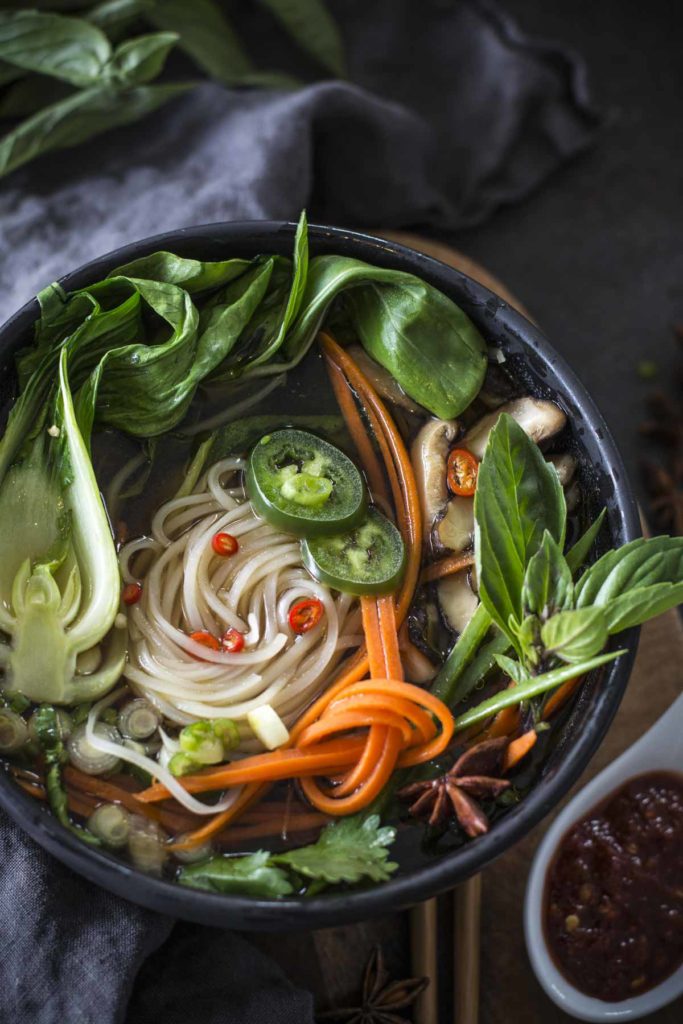 At this point I like to add a spoonful of Sambal or a big squirt of Sriracha for a good burst of heat . 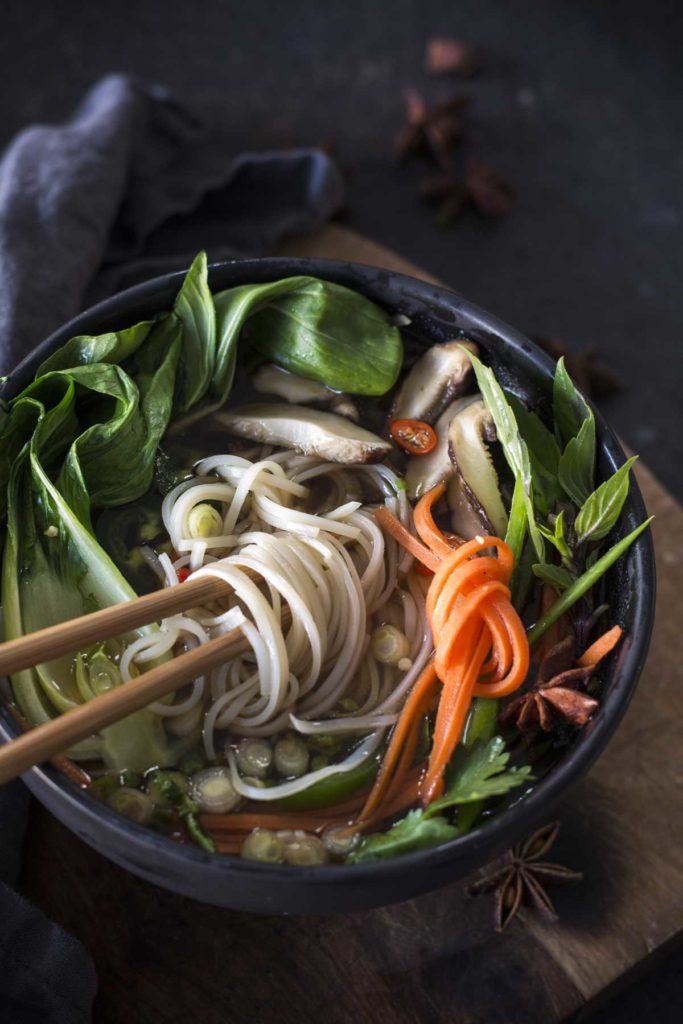 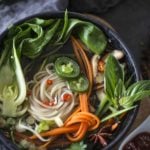 Brothy soups are warming, and restore the body with needed fluids and sodium.  Loaded with vegetables makes this a satisfying and healing meal.

END_OF_DOCUMENT_TOKEN_TO_BE_REPLACED

Butter Dream Sugar Cookies - the title says it all